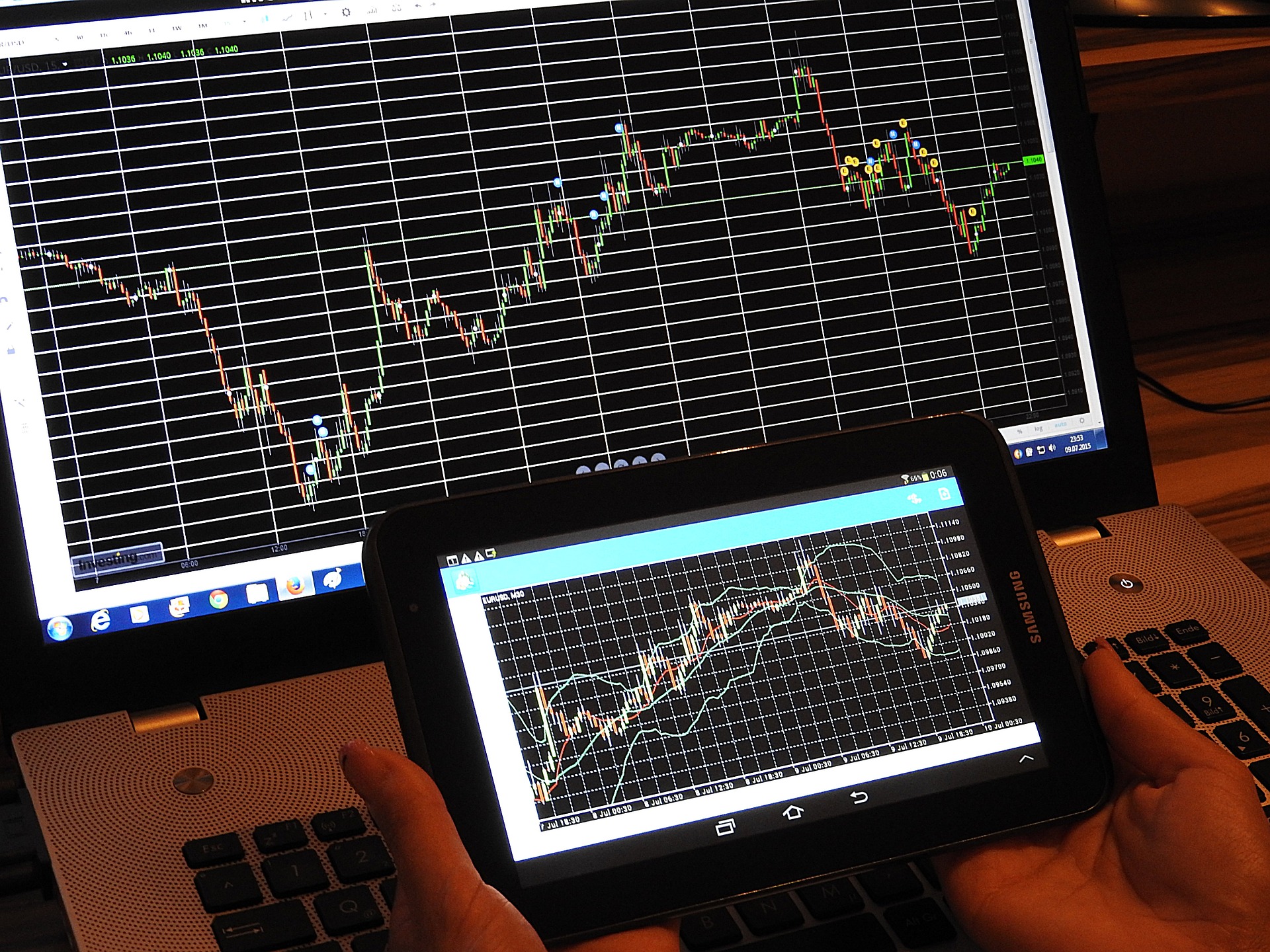 The applicable taxation on investment funds, especially those in which quotas may not be redeemed during the investment period, the so-called closed-end investment funds, has been amended by Provisional Measure No. 806 (“PM No. 806/17”). This article presents a critical analysis of its most important changes.

Up until the enactment of PM No. 806/17, quota holders of closed-end funds, as a rule, were taxed upon redemption, at the end of the duration of the investment, or liquidation of the fund, amortization, or disposal of quotas. With the amendments brought by PM No. 806/17, closed-end funds, in general, (exceptions listed below) are subject to a taxation that is similar to the taxation applicable to open- ended funds, the so-called “come-cotas”.

The adopted notional date, considered as being the payment/credit occurrence date of the referred earnings, will be May 31, 2018, subjecting the quota holder to regressive taxation rates, according to the duration and classification of the fund as a long-term fund (22,5% to 15%) or short-term fund (22,5% or 20%) [1]. The fund administrator is responsible for the withholding of the tax,  which will be collected in a single installment by the third business day subsequent to the 10-day period of the taxable event.

As of June 1, 2018, the income tax be levied on profits of any beneficiary, including tax-exempt  entities, on closed-end investment fund will occur on: (i) the last business day of May and November of each year; or (ii) upon amortization or redemption of quotas as a result of the termination or liquidation of the fund, whichever occurs first.

The applicable rates of tax withholding are listed in the table below and the applicable rules known as “come-cotes”, according to the PM No. 806/17, are not applicable to open-ended funds [2]:

Although it is possible to understand that the applicable fixed rates to open-ended funds should also be applicable to closed-end funds, the interpretation that withholding tax through regressive tax rates comes from the main heading of article 3 of PM No. 806/17, which contemplates the withholding of the tax on the last business day of May and November of each year, and of paragraph 3, that complements the main heading of article 3, establishing that earnings subject to tax withholding will be taxed according to the rates determined in article 1 of Law No. 11,033/04 and in article 6 of Law No. 11,053/04.

However, article 1 of Law No. 11,033/04 and article 6 of Law No. 11,053/04 stipulate regressive tax rates according to the duration of the investment and the “come-cotas” regime with fixed rates of 15% or 20%, may bring questions in relation to its correct application. This point must be clarified if the future when PM No. 806/17 is converted into law.

The taxation, as described in the PM No. 806/17, for the remaining balance of accumulated earnings is questionable. It takes us back to the declaration of unconstitutionality of the sole paragraph of article 74 of PM No. 2,158-35/01, which intended to tax past increase in asset value, by the Supreme Federal Court. In short, the provision declared unconstitutional stipulated that profits earned by December 31, 2001 by controlled companies or affiliated abroad would be considered available on December 31, 2002.

Even if the question concerning retroactive taxation is overcome, the discussion must consider the principle of legal security, especially if we take into account important long-term investments made without the possibility of redemption of quotas before the pre-established period.

The PM No. 806/17 substantially affects the business environment and contributes to the investors’ lack of confidence during a vulnerable moment for the economy in Brazil; transition rules which preserve the taxation for previous earnings are, at least, recommended, just as it happened to other amendments to legislation concerning the taxation of the capital and financial markets (article 1 of Law No. 11,033/04, for example).

As of January 1, 2018, in case of a spin-off, incorporation, merger or transformation of investment funds, it will be considered paid or credited to the quota holders, the earnings corresponding to the positive difference between the equity value of the quota on the date of the event, including earnings due to each quota holder, and the respective acquisition cost, adjusted by amortizations, or the value of the quota on the last day the tax was levied.

The PM No. 806/17 does not distinguish between closed-end or open-ended funds, therefore, its provisions will affect both. It revokes all legal provisions in effect related to the taxation of funds in the event of spin-offs, incorporations, mergers or transformation of funds, notably the rules provided in the Normative Ruling RFB No. 1,700/17. The tax will be withheld by the fund administrator and paid in a single payment by the third business day following the 10-day period of the taxable event.

Prior to the PM No. 806/17, these transactions would only be taxed if they required redemption of quotas under the terms of article 13 of Normative Ruling RFB No. 1,585/15.

For the closed-end funds listed below, the general rules described above are not applicable, prevailing the following specific tax rules:

The provision contemplating that FIDC and FIC-FIDC closed-end funds, remain subject to taxation only upon the amortization, disposal or redemption of quotas is significant: it confirms a wide understanding regarding the tax legislation in effect.

Furthermore, it provides greater legal security to ongoing transactions, mainly after a recent decision by the 2nd Ordinary Panel of 3rd Chamber of the 1st trial section of the Fiscal Administrative Council, determined that the valuation of investment fund quotas, closed-end or opened-end funds, should be taxed under the corporate entity regime (value appropriation) [3].

For private equity funds (FIP), taxation will depend on whether the fund is qualified as an investment entity according to the rules established by the Brazilian Securities Commission – CVM.

The criteria to determine whether the fund is an investment entity can be found in ICVM 579/16 and was based on international accounting regulations (IFRS10) which was introduced to Brazil by the “Pronunciamento Técnico CPC 36” (technical statement). According to article 4 of ICVM 579/16, funds qualify as investment entities when they cumulatively:

In this case, the resources obtained by the funds in the sale of any investment will be distributed to the quota holders, regardless of what is established in the rules with respect to these resources, with income tax being levied on the distributions as of the moment in which, cumulatively, the amounts distributed, or considered as distributed, supersedes the total paid-in capital in the funds.

On the other hand, in case the FIP does not qualify as an investment entity pursuant to ICVM No. 579/16, the fund will be subject to the taxation applicable to corporate entities. The PM No. 806/17 assigns to the fund administrator the responsibility for compliance with additional tax obligations of the fund, including ancillary obligations.

There are transition rules for taxation of the FIP that are not qualified as investment entities.  The income and earnings that have not been distributed to quota holders by January 2, 2018 will be subject to withholding tax at the rate of 15% and will be considered paid or credited to the quota holders on this date.

Despite the similarity between the FIP not qualified as an investment entity and a corporate entity for tax purposes (ignoring the legal nature of such funds), the rules on tax calculation must be clarified or established, considering applicable accounting rules – compulsory or optional – by FIP.

Additionally, MP 806/17 does not address the treatment that should be given to the income distributed by FIP similar to a corporate entity (i.e. whether it will fall under the exemption provided in article 10 of Law No. 9,249/95).  Although it is specifically addressed to a corporate entity, its application for special situations involving a non-corporate entity is not new.

For income tax purposes, the Brazilian subsidiary of a company domiciled abroad is qualified as corporate income tax payer by legal similarity. Up to the time Law No. 9,249/95 entered into effect, profits earned by subsidiaries of foreign companies, affiliated, agencies or representative offices, which are domiciled in the country, of corporate entities headquartered abroad were subject to income tax at the rate of 25% considered profits by the head office at the end of the base-period.

Pursuant to article 694 of RIR/99, the application of the exemption: Profits of affiliated companies, subsidiaries, agencies or representative companies in the country of corporate entities  headquartered abroad, earned as of  January 1, 1996, immediately received by the head office on the closing date of the accrued period are not subject to withholding tax (Law No. 9,249/95, art 10).

In case of investment funds, the comparison is with the regime of real estate investment fund that can be qualified as a corporate entity for tax purposes. In case of corporate taxation on FII, paragraph 6 of article 146 of RIR 99 includes the fund as an income tax payer and paragraph 7 establishes that, except as otherwise provided, the term corporate entity, when used in RIR/99, extends to all tax payers described in article 146 [4].

Pursuant to current legislation and based on the legal similarity between FIP and a corporate entity, integration rules between an individual and corporate entity cannot be discarded, including not only the exemption of dividends but also the deductibility of interest on equity capital.

In line with other amendments, the fund administrator, on the date of tax retention, will reduce the quantity of quotas from each taxpayer in the amount corresponding to the amount of tax as of January 2, 2018, and will collect in one single quota by the third business day subsequent to the 10-day period of the tax event.

[3] “EARNING OMISSION. REVENUE FROM QUOTAS OF INVESTMENT FUND IN CREDIT RIGHTS FIDC. OPEN AND CLOSED REGIME. ACCRUED PROFIT.COMPETENCE REGIME. IRPJ AND CSLL TAXES. UNDUE EXCLUSION. Normative Ruling SRF No. 25/2001 did not authorize the levy of IRPJ and CSLL taxes only on the calendar year of the redemption of FIDC quotas, either opened-end or close-ended funds.  It is correct the verification procedure to recalculate the taxable profit and tax base of IRPF and CSLL, unduly excluded in the verification of taxable profit, under accrual basis, in relation to monthly earnings of FIDC quotas. Article 14 of IN SRF 25/2001, in effect at the time, but revoked in 2009, ensured the incidence of income tax as per art. 23 of the same Normative Ruling.  However, art. 23 provided that income tax should be treated according to that Section of the IN which, in turn, provided that the monthly incidence of income tax and payment in the following month (art. 23, § 4o., IN SRF No. 25/2001)” (Appellate decision No. 1302-002.298, CRF, 1st Trial Section, 3a. Chamber, 2a. Ordinary Panel, Judge Rogério Aparecido Gil,22 June 2017)

7o. Unless otherwise specified, the expression corporate entity, when used in this Decree, includes all taxpayers referred to in this article.