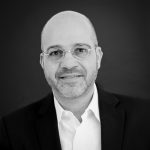 Dan Kraft has over three decades of financial and international markets experience, both in-house and in private practice in Brazil and abroad. In 1999 he founded Kraft Advogados and in 2020 he also became counsel at VBSO. Living in Montreal, Canada, since 2009, he’s a member of both Brazil and Québec Bar Associations. Dan’s been active in structuring businesses in all continents using complex corporate, contract and financial structures.

He has a strong experience in privatization and infrastructure projects both in Brazil and abroad, coordinating multidisciplinary teams, financial projects and consortia, acting both for private Brazilian and international investors as well as advising governments. Dan acts, directly or indirectly as an expert witness, in court and arbitration litigation, as well as in mediation in international, infrastructure, mining, investment and corporate disputes.

He’s a researcher and professor for international finance and comparative law at the University of Montreal. He also acted as professor at Fundação Dom Cabral, Fundação Getúlio Vargas, IBMEC, PUC-MG, Faculdade Milton Campos, as well as at other law faculties and business schools, promoting fruitful dialogues between businesses and academia. His publications and conferences deal with comparative banking law and regulation, corporate governance, international economic relations and international law.